The Shadow of the Rogue

Trapped in a VRMMO- Will Cassie and friends make it out alive?

Hi, my name is Cassie James. I live with my parents in what's left of Seattle. For a twenty year old girl, I'm pretty typical. To pay for my gaming habit, I work at the local supermarket. While the job is really tedious, it's better than unemployment.

Most nights you can find me plugged in. That's when I can get a moments peace from my parents drunken bickering. Still, my life was fairly boring, until I decided to try Odyssey Online! I'm super addicted to leveling Kira Nightwind, my Shadow Thief!

You see, an epic level NPC has grown self-aware. And Grymme is not a dragon to be trifled with! He has mind-napped over five-hundred people. Leaving them trapped in the game. He's also launched a massive offensive to take over Odyssey Online, one kingdom at a time. The only way to stop him, is to locate three legendary items. Each one containing an unlock that makes us players more powerful. The problem being Grymme has agents everywhere. And they are willing to do anything to win!

If that weren't enough, I'm developing a serious girl crush on Shauna, a very cute Elf healer. With the help of Leonidas the Paladin, Cairngorm the Wizard, and Yvir the Barbarian, we might just defeat Grymme and win our freedom! 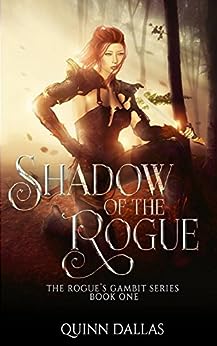