When Tripp Keaton wakes up, he discovers that he is an orc. An orc in a strange world, with the skeletons of humongous beasts scattered around him.

This isn't a normal morning.

Deep in the world of an online game, Tripp finds himself alone, weaponless, and with nobody to call a friend. Worse, the game's god-like controller has taken an interest in him, and that interest manifests itself in cruel ways.

If he is to survive, he has to learn how to craft legendary weapons and find allies to fight with him. He must battle his way through a labyrinth of monsters and traps, while surviving wave upon wave of creatures unleashed into the land of Godden's Reach.

It isn't enough to make a sword. When the metal cools, he must learn how to weave magic into it. 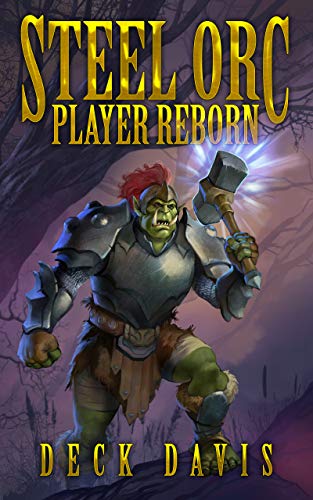