The Divided Lands
1 of 1 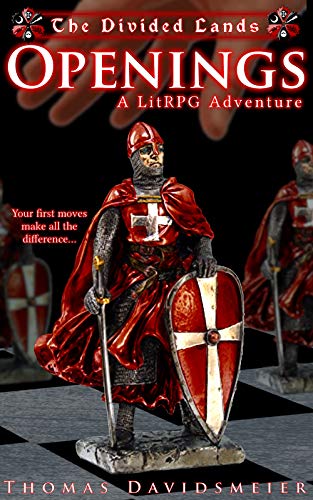 Chris and Jeremy have played games together as long as they can remember. Blindsided by tragedies and struggles as they grew up, they have each responded differently. Chris endured loss and heartache, trying to keep his head and heart up the whole time. Jeremy suffered betrayal sank into darkness.

When Jeremy decides to get revenge on the world, Chris stands up to stop him. Powerful forces take notice.

In a crowded school cafeteria, time stops on the brink of tragedy. An angel and a demon appear with a very special offer. Chris, Jeremy, and some of their friends can settle their dispute in a game the size of a world.

A World Made For Battle

The Divided Lands is a gameworld created by teams of souls from both Heaven and Hell. Famous authors and game designers contributed on both sides. For volunteers to play NPCs, they have plumbed the depths of Hell and reached to the heights of Heaven. The game is part RPG and part civilization building. Six lands with home bases for each player connect to a natural arena land in the middle. Here, Chris and Jeremy will lead their armies to decide the fate of their classmates back in the crowded cafeteria.

Will Jeremy Rogers finish his tragic attack on their school, or can Christopher McKnight stop him?