Skeleton in Space
1 of 1

Lots of broken bones, a dim-witted RPG system, and a dash of magic; Skeleton in Space.

Douglas is a simple summoned skeleton, formed from an old battlefield when some ancient fossil of a necromancer raised him for a nefarious purpose.

His memories are a bit foggy, but who cares about remembering when there is walking to be done! Or stabbing cows! Douglas loves life, the simple joy of doing repetitive tasks - like battering down a large tower door - is all that's needed to keep his clacking bones satisfied.

But just after he completed his most recent task, the wizard he was fighting took out a weird crystal... and now there are stars everywhere. Will the floating, freezing skeleton find out what happened? Or will that wrecked spaceship on a collision path be the last thing going through his empty skull?

Come join Douglas the magical skeleton as he tries to live a fulfilling life in a sci-fi universe! 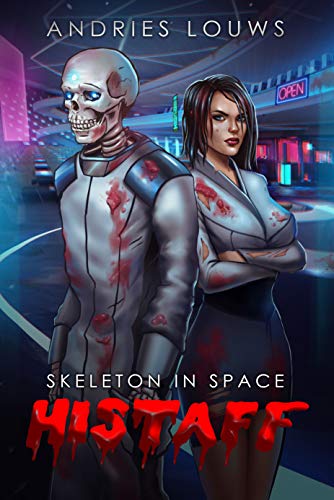