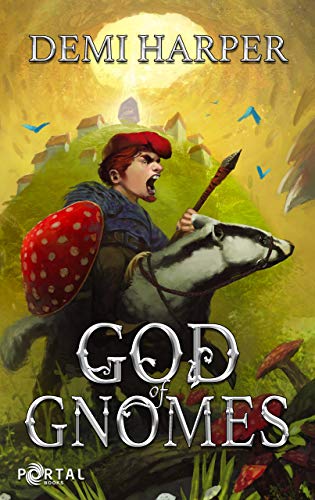 What kind of god would you be?

Deep beneath the earth, Corey finds himself reborn as a God Core - a sentient crystal with unusual powers. His new worshipers? A colony of incompetent gnomes, scratching out an existence in their underground grotto.

If that wasn't bad enough, Corey soon realizes that his gnome denizens are about to become extinct. They are threatened by groups of blundering adventurers, and abducted by raiding kobolds to be sacrificed to their own dark god: an ancient, mysterious foe who does not take kindly to Corey's arrival.

With the aid of his helper sprite and a menagerie of newly evolved creatures, Corey must protect and guide his gnomes until they can stand on their own two feet. But the kobold army is on the march, led by his new rival's powerful avatar.

It's a hard rock life, being a God Core.