The Realms Shorts
1 of 1

Simon never asked to become the new dungeon master of the Barrow, but a millennia-old teenager stuck in the skull of a dead lich has few life options. After bonding with the Barrow's dungeon core, he learns they are near death from hunger and only by consuming the life energy and experiences of sentient beings can they survive.

Lucky for Simon a party of murderous adventurers invades the Barrow in search of treasure and glory. They look to be a perfectly tasty meal until one transforms into a mentally unstable fanatic whose specialty is killing the undead in all its forms, especially teenagers stuck in skulls bonded to dungeons.

If Simon can't master his new powers, defeat invaders bent on plunder and convince the Barrow to take a kinder, gentler approach to feeding, then he will die a second time. And this time it'll be permanent.

Dead Must Die is a Short Novella set in the Bestselling The Realms universe. It takes place sometime after Barrow King but before the soon to be released Scourge of Souls - Book Three of the Realms. 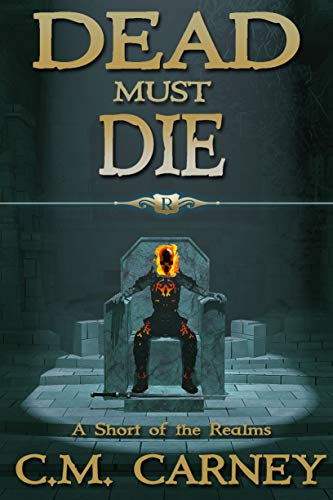