Dawn of the Realms

The Realms of Mordred
1 of 1

I remember the first day I picked up Dawn of the Realms. I remember turning to my best friend in the world, Sara, and telling her I was finally getting to play the game of my dreams.

I hadn't previously shown any skills in prophecy, so we'll chalk it down to the world having a sense of humor.

Six weeks later, I went to sleep in my bedroom after a long night of gaming, only to wake up again as my avatar within the game. From that point forward, every night, I woke up as my character within Dawn of the Realms. Except not just in the game - in a real, vibrant fantasy world, populated with real people. And plagued by real monsters.

This is the story of my first week within the Realms. The friends I made, the adventures I had, and the beginnings of a story that would envelop not just the game world, but my own. 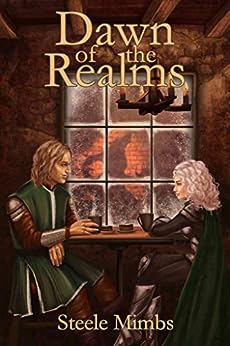