The Dungeon Core Gambit
1 of 1

When 31-year-old Markos Turloch is murdered in a heinous manner by his boss, Bobbi Nox, as revenge for whistleblowing on his employer, he loses his humanity and is reincarnated as a diamond-like dungeon core in another world. After discovering and exploiting a dungeon-breaking cheat, Markos maxes out his dungeon level and begins to explore the world above his dungeon.

When his dungeon helper, Jessica, comes across a dying young man being sexually tormented by a female ogre, Markos' decision to save his life becomes the turning point in Markos' new existence. Upon learning the truth of this new world as one where females dominate in both numbers and social status, Markos settles on a new goal: to conquer the land of Enwald and reassert male dominance as its king!

Markos' first target of conquest is the Kingdom of Vessar, where his dungeon is located. Borrowing the body of Sibalt, the young man he saved, Markos journeys across the kingdom in search of information, allies, and companions to help achieve his goal to conquer the kingdom.

CONQUEST is the first book in The Dungeon Core Gambit series. It is a dark harem fantasy built on the twin pillars of GameLit and Dungeon Core elements. Inspired by "Ooku: The Inner Chambers" and "How to Build a Dungeon: Book of the Demon King," CONQUEST will appeal to readers of both Japanese manga series.

WARNING: This 93,000 words book contains profanities and numerous mature situations involving sex and violence. In particular, the opening chapter depicts the violent murder of the main character. Furthermore, there are numerous explicit sex scenes as well as the enslavement of the MC's enemies. Reader discretion is advised. 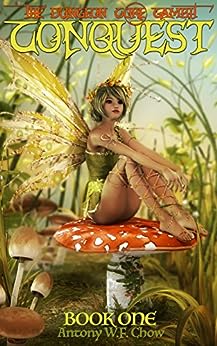