When a player called Cat finds a mysterious magic sword, it quickly draws the attention of both the administration and the other players inside the virtual reality of a top-of-the-line full-immersion MMORPG. This discovery sets off a special event and starts a deadly intercontinental war, all arranged by long-gone developers.

Now, Oleg, the man behind Cat, has to collect all the unique weapons left in the game by its creators before the tragic accident claimed their lives and to complete the new challenge that nobody on the new developer team has any idea about, all the while being accused of cheating and hunted by the most dangerous guild in the game world, led by a dark goddess and one of the top PvP players.

Once, he was a professional player earning real money in another game. He fell from his pedestal into a debt pit: his account got blocked, his savings got burnt, his friends left him behind, and dangerous people appeared at his doorstep, wanting their money back. To get back on his feet, he decided to enter a new game and find a new source of income.

Cat's Game is a highly-rated LitRPG series by Roman Prokofiev. The protagonist is one of a kind: more of a trickster than a classic adventuring hero-even if he has to become the one to finish what the original developers of the game started.

The setting is the future, around 2070. The Earth has changed: climate, coastlines, even countries. The Sphere is a game ruled by supercomputers...but not everything inside it is controlled by AI, and Cat, whose only interest is earning money to survive in real life, becomes embroiled in the long-gestating plan that will change the face of the entire in-game world. 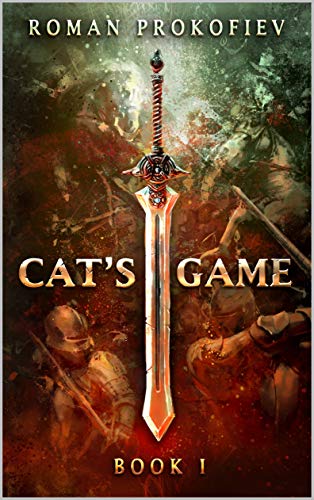