Isiah Hunter is a regular teenager who spends his free time with his friends, goofing around and playing video games. Life wouldn't be so bad if he didn't have to deal with the school bully who's on a mission to make his life and that of his gang a living hell.

As new leader of the Boneseeker tribe, Kurdan has risen to power by killing the previous orc chieftain, but his position is fragile. With enemies lurking in every corner, who's to say how long he'll be able to hold onto the mantle before someone else challenges him and robs him of his reckless ambitions?

When Isiah stumbles upon a strange necklace at the flea market, he accidentally triggers a spell that ties his spirit to Kurdan's. From now on, the destiny of the young man and the orc will be intertwined. Every time one of them will go to sleep, he will find himself transported into the head of the other where he will experience a world totally alien to him.

If, at first, they will resist this intrusion into their mind, they will quickly learn that they have much to gain from helping each other out... 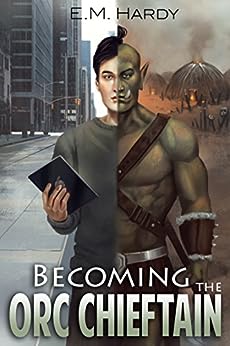