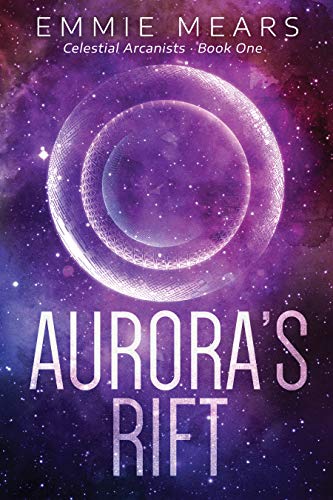 Evie Winterbourne has had it.

After five exhausting years of video game marketing for a struggling MMORPG and one too many instances of her ideas getting ignored by her boss, Evie's fortunes seem to change when a chance encounter introduces her to her company's rival just as she quits her nightmare job.

Evie's dream was to work on games themselves until her ex cheated her and her team out of their beloved project's success--and it seems that the rival CEO knows her story and her potential. As a gift, he gives her the chance to play his blockbuster single-player fantasy game Aurora's Rift, and the world within might just change Evie's life forever...inside the game and out.

The rift begins a new Age, splitting time itself with magic older than the forgotten gods. It is a moment of chaos and upheaval, when alliances fracture along fault lines and peoples are raised up to thrive...or brought low. Anything is possible. Anything can happen. Ancient secrets are revealed, futures forged or broken.

Aurora's Rift demands heroes to shape what comes next.

It is the anvil upon which your mettle is tested.

It is the arena in which you will wrest your future from the ashes of the past.

Take your place among legends.

Who you'll be is who you truly are.

Who will you become?