To break free, you'll need to break the game

In the virtual fantasy realm of Honorus, Ronin Ironclad is a Paladin forced to fight for his real-world coalition. A coalition that has turned the government's way to resolve political disputes in-game into a weapon to control the populace. Especially the Drafted players.

Now, the wonder and magical beauty of Honorus is consumed with pointless warring, the game's true lore forgotten.

That is until Ronin joins a top-level clan who fights to return Honorus to its epic fantasy game origins. A beginning designed to unify the world.

But, deserting his coalition will plunge his real-world life into danger. A risk he's willing to make when the game and clan offers a quest for truth even he can't refuse.

Dive into this epic fantasy LitRPG novel and experience the magical game mechanics and action-packed adventures of Rogue Realms. 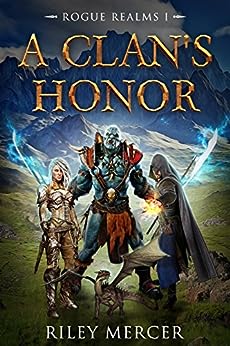